It’s raining, it’s pouring, the triathletes are trying to train! There’s no time like the present to re kindle your love for the ergo or treadmill for triathletes living on the south east coast. The start of this week began with some wild and torrential rain which decided to stick around for a while. The grass was green and the land was relieved from the harsh Queensland sun, but that wasn’t good enough apparently. Things went on as usual, although there were a few cycle and run sessions to be done indoors instead. Sitting on the ergo with the IPod blaring I was easily consumed in my own thoughts (of pain) during my efforts, momentarily oblivious to the fact  that a couple of kilometers down the road there were major road closures, school cancellations and flooded houses and buildings. Ergo is not so bad.....
Australia Day we experienced some reprieve and were able to have a good track session in the morning, under a slightly lighter shade of grey and 90% humidity :) I was also lucky we could fit in our bike session this morning, although Liz Blatchford and I copped the blustery wind which kick started the rain on our way home. I love the blue, but haven’t seen it in a while...Its coming back soon apparently!
Here are a few pictures I’ve taken myself and also some that I’ve found from the Gold Coast Weather site for anyone’s interest. Refer to the captions. 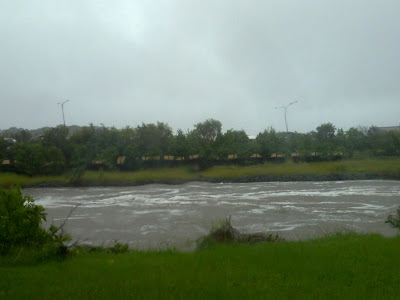 The typically calm river alongside Bond Uni pool, not so calm. 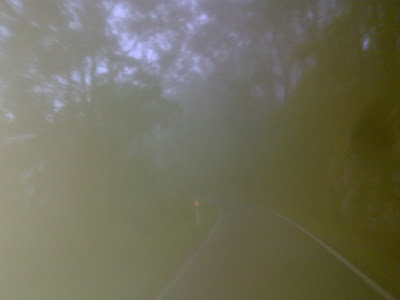 Can you see anything? Neither could I really. Riding up Springbrook 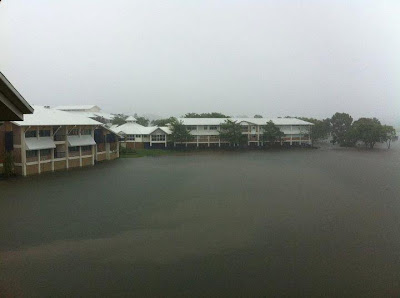 My old high school, not looking too good :( 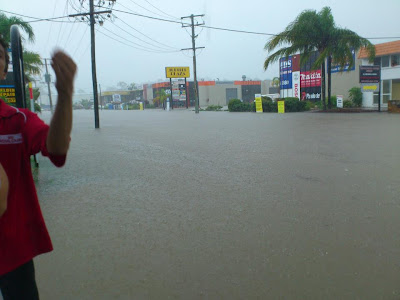 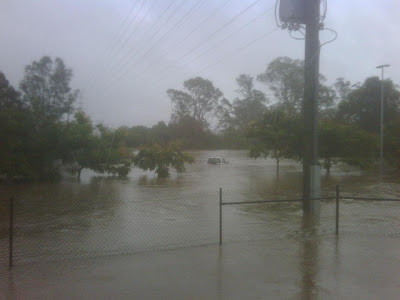 The back of the Robina Hospital, a few kms from home
Forecast tomorrow is a muddy long run through the hills in Nerang forest :) Ill be back to report amongst blue skies.
﻿
Posted by ash_0225 at 18:21 No comments:

If you dont like needles, dont enlarge the picture below ;)

As athletes, we obviously hurt ourselves on a daily basis during training, but one type of pain which I dont particularly enjoy includes dry needling...but it helps me so I wont complain too much ;) 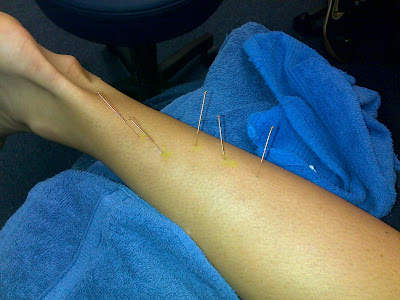 I was told by my physio that she placed the needles about 4cm deep and if you have noticed the size of calves, you would probably think that is even more impressive :)
Ouch!
Posted by ash_0225 at 13:30 1 comment: 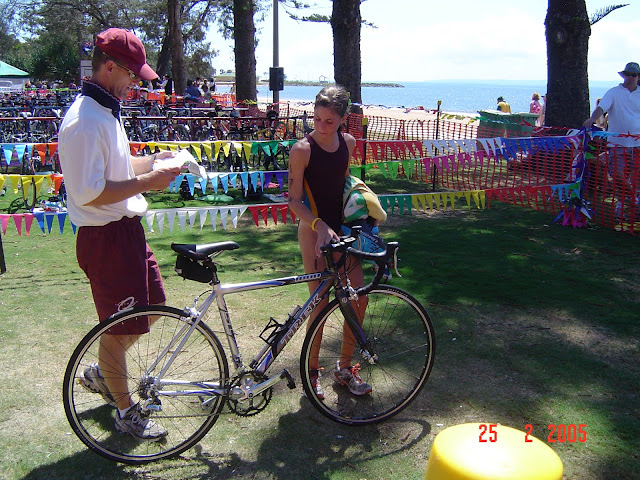 2005 (I still wonder how long I raced with a massive pump and spare kit attached to my over sized bike:) 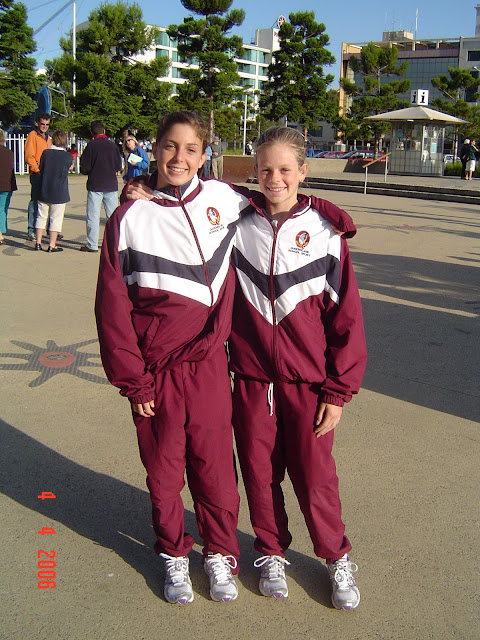 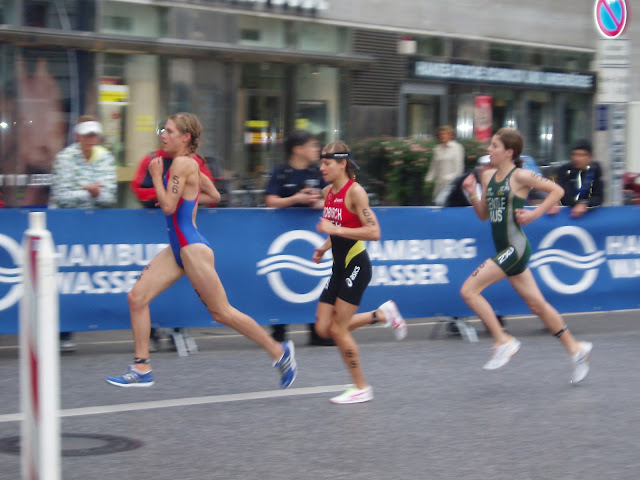 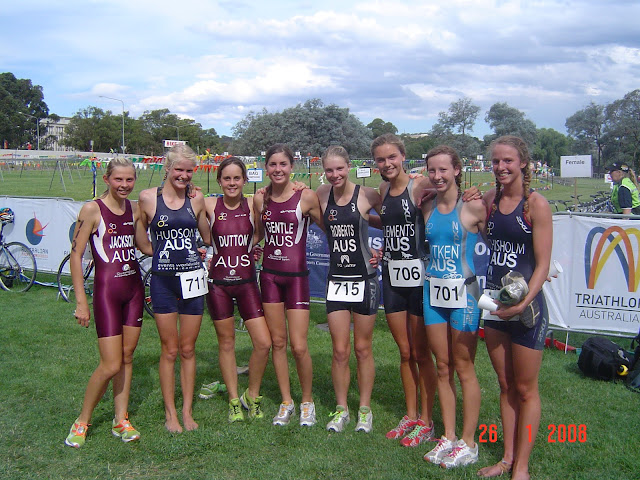 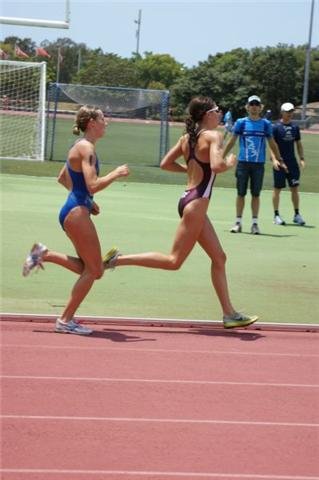 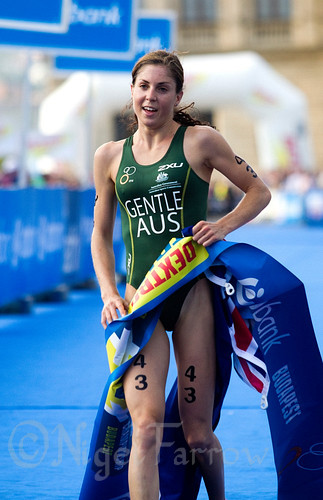 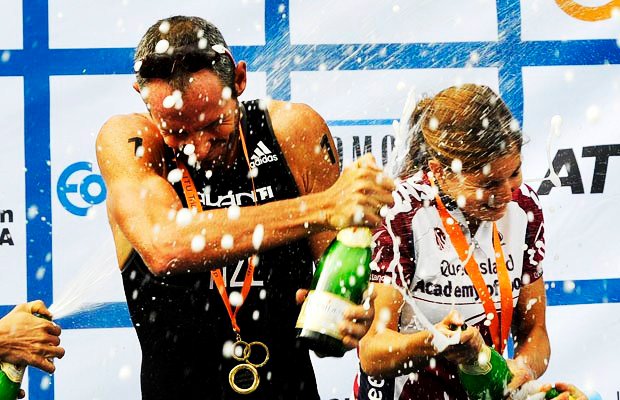 2011
A few nostalgic pictures as we pass into 2012, I'm not sure what this year will bring but I have a feeling it will be an exciting one. I hope everyone has had an enjoyable Christmas and New Year celebrations. There will be more to come as I update throughout the summer from this amazing country :)
Posted by ash_0225 at 19:59 No comments: