I had 5 weeks from Devonport to Sydney, I was thinking it was a fair amount of time although it definitely blew past very quickly. In this time, some mishaps occured but it's something I'm slowly getting on top of. I was a little anxious heading into Sydney, mainly due to my slightly mixed preparation. I carried some confidence from my swim and cycling sessions so once the horn went off I just let the adrenalin flow. Being in a relativey large chase pack I had some strong cyclists around me and I tried desperately to stay amongst the front group of girls. Once we caught the lead pack, it was quite difficult to move up and there was some wheel touching and close calls but I ended up moving around the outside to better position myself. If you don't have the skills and confidence within these groups you can easily be pushed around and find yourself midpack. My positioning coming into t2 wasn't ideal, but not too bad. 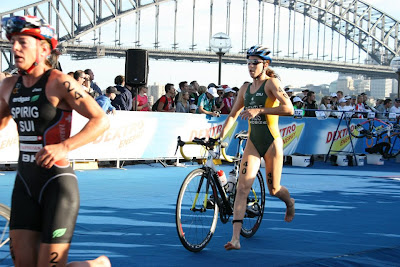 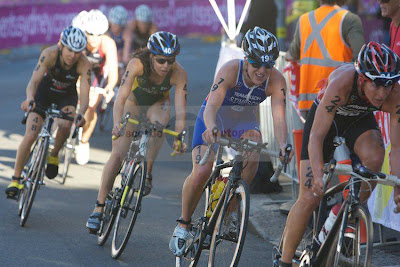 The first 1km of the run, everyone seems to be running way too fast!! I settled into my pace and tried to catch onto the front 10 or so girls and as soon as I thought I might be able to eventually tack on the back...they were gone :)  I sat in about 7th position for most of 10km run but had a few girls sitting on my shoulder and all but one ended up passing me within the last km. Thanks to my parents, brothers and a friend who flew from the Coast to cheer me from the sidelines, they were so loud and my eldest brother in particular got very passionate. (please leave youre shirt on next time ;) 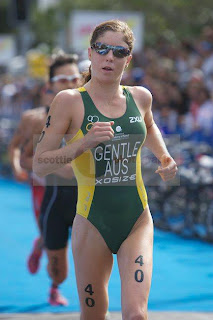 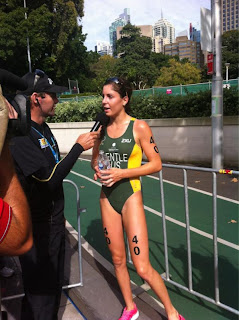 I was very satisfied with my race and have once again have learnt a lot. I'm looking forward to continuing to string  together some good training and get my run load and intensity back to normal. A huge congratulations to team mate Erin Densham,  what an amazing race by her and I'm very happy to finish 2nd AUS chick behind her.

The day after the race the Olympic Shadow Squad were treated to a sailing trip through the Sydney Harbour. We took in some nice views but there wasn't much wind which meant for a pretty slow cruise through waters... 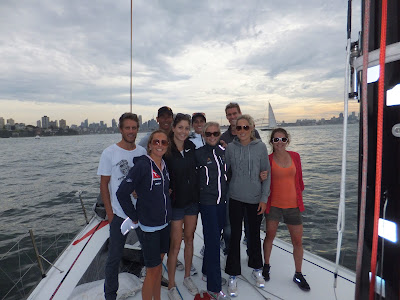 Later that eventing we ditched the jackets and trackpants for cocktail dresses for Triathlon Australia Annual Awards Dinner where I was very grateful to receive the "Chris Hewitt Emerging Athlete" award. 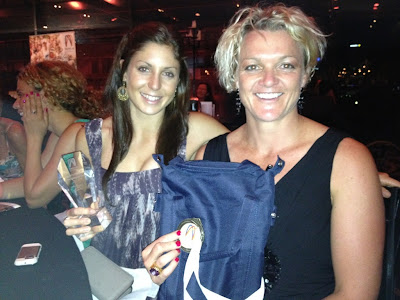 Thanks for reading, San Diego is next for me. Ive never been to America before so to say I'm excited would be an understatement.
Posted by ash_0225 at 17:33