Reflecting back to the very start of the year, I wanted to better my 2013 season and remain injury free. I said I wanted to string a consistent 6 weeks of training together, something I was unable to do in 2013

It was a somewhat turbulent start to 2014. A couple of months into the year my former coach, Craig Walton, decided to move on from his coaching role. I crashed in Auckland to end up finishing 20th and then made the huge trip to Cape Town only to be disappointed again. The feelings I experienced out on the 10km course were some which I had never felt before, even compared to times where I had only just returned from injury.  Confidence was low but I knew I was much better than the athlete I was at the time. Running is my strength and when I don’t do that well, it’s not a great feeling. The few weeks after Cape Town I battled some sickness and initially had to take some complete rest.  That is all behind me now and I am currently working on those goals I had at the start of the year. I am injury free and currently stringing some consistent training together- It feels great. 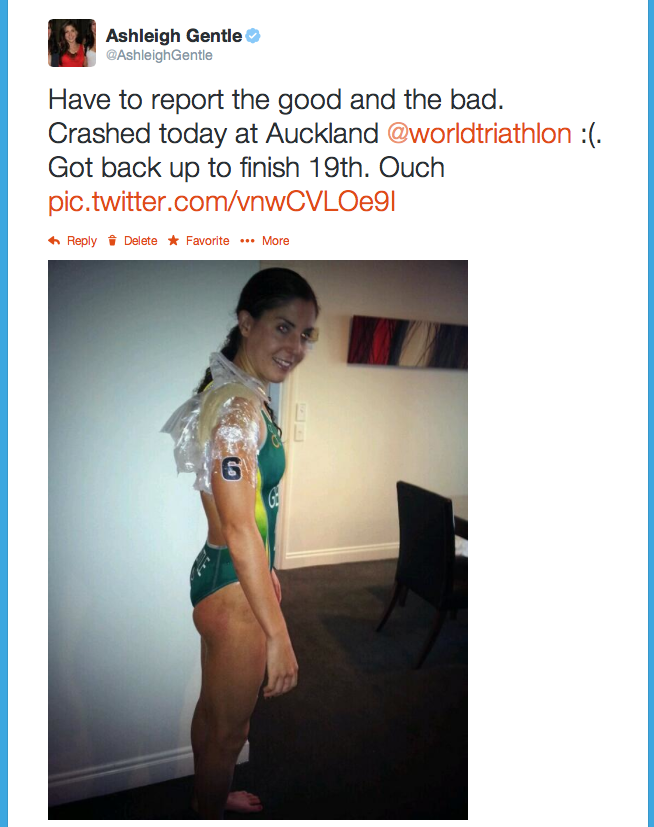 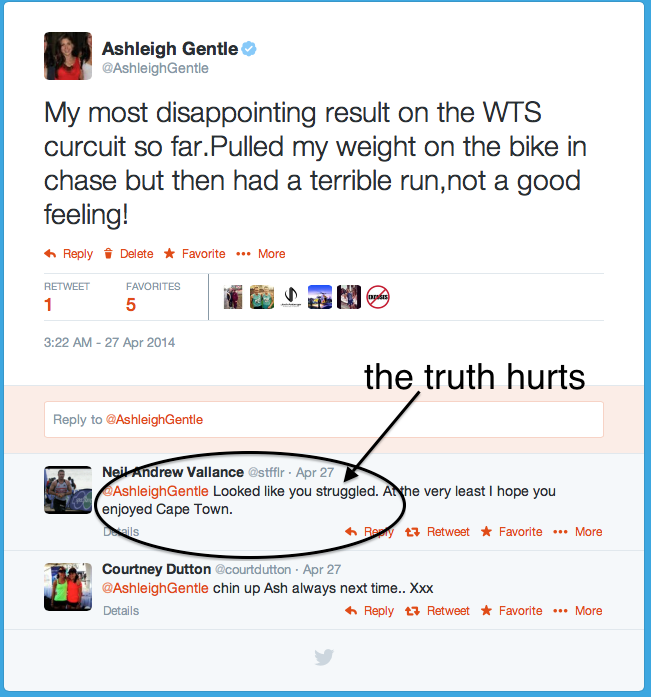 After Auckland I was picked to represent Australia at the Commonwealth Games in July this year. I had been thinking of the Games for a couple of years now, so to be named in the team was a big relief and obviously a huge honour.  Since the announcement, and my race in Cape Town, 2014 is shaping out to be a little different than previously planned. I pulled out of Yokohama and I also won’t be racing Chicago. The Commonwealth Games only comes around every 4 years and I do not want to let this year go past without doing all I can to produce the best possible result in Glasgow. I am still very young in the sport of triathlon and I have many years ahead of me to focus on the series.  I knew I needed a block of consistent training, especially to get some running done. It has also been a great opportunity to get further acquainted with my new coach Cliff English, and I'm throughly enjoying the program.

Thanks to the great guys at SRAM, I have some new SRAM red 22 for the year! I can’t wait to show you what bike it has been fitted onto!!