Hamburg is renowned for being one of the most popular racing destinations for athletes on the World series circuit and once you have experienced it, there is no doubt why. The atmosphere is always incredible, the passion and excitement of the huge crowds radiates energy and lifts you, I can only imagine what it would be like if I was German! 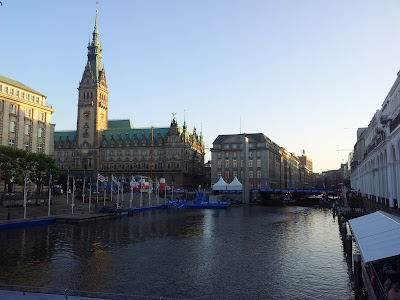 I have fond memories from racing in Hamburg from when I was just 16 years old. It was my first Junior World Championships and I placed 2nd to Hollie Avil. I was so young and naïve but it still remains one of my fondest triathlon memories.

After Kitzbuhel, I felt like rubbish. The race up the mountain and the travel had well and truly caught up with me. After a few easy days of feeling sorry for myself, I gradually got back into the swing of things and was very excited to be heading to Hamburg. Josh was also making the trip from Boulder to see me race, which was a positive boost after not seeing him for about 3 months. 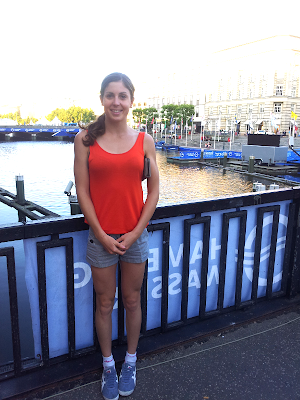 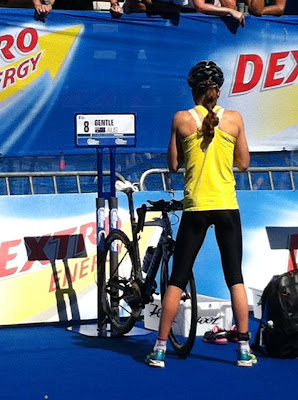 The swim was mental, a lot of girls I spoke to after the race had got clobbered and it was a bit of a fight at times! There were some great swimmers in the field who strung things out at the front although I was happy that I exited at the back of the big group of girls. Once onto the bike, as always, its hammer time out of t1. I caught up to a few girls and most were looking around for someone to do some work. As we were all putting on our shoes, I noticed a leading group establishing just up ahead.  Once Svenja Balzen and Anne Haug caught up to the group, it was rather obvious that Svenja was going to be Anne’s worker for the day and it only took one lap for us to catch up to the leading bunch.

Once we had bridged, I went straight towards the front and stayed amongst the first 5 wheels for the 20km. I wasn’t sure of what was happening at the back, but the coaches kept us informed that the group that included Gwen was 45 seconds down.  It was only a sprint distance race, but I was still nervous about 45 seconds, it’s very clear that Gwen can run. Very fast!!
I positioned myself well on the bike so I didn’t feel it was a particularly fast ride, I felt comfortable through the corners. Although a few times, a couple of girls trying to get to the front compromised the safely of the pack trying to move onto the wheels in front of me at the technical parts of the course.

Out of t2, the girls ran out hard. I picked up a few girls but the early leading trio of Jodie Stimpson, Non Stanford and Anne Haug stayed just out of reach. I felt fairly average on lap one and had an annoying sharp stitch but started to feel a lot better on lap 2. This, combined with the fact that the leaders might have started getting strategic between themselves, allowed me to finally make the bridge to the front. Andrea Hewitt also bridged across and it was a race between us 5.  Unfortunately when Anne kicked, I had nothing to give and it looked like a battle for 4th between Andrea Hewitt and I.  Yep, I lost that one too ;) I was very satisfied with 5th place. I gave myself a shot at getting on that podium and unfortunately I was just out classed by some incredible athletes on the day. Hopefully one day soon I will get there, always searching for that ‘perfect’ race. I’ve learnt to be patient in this sport though, and some recent injuries this year have really taught me some hard but valuable lessons in patience. 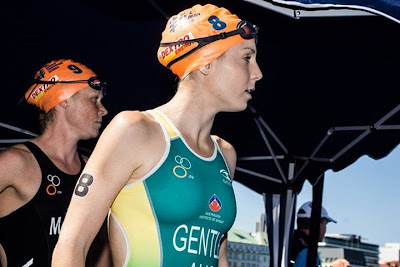 The next day was team relay and I was joined by Moffy, Peter Kerr and Aaron Royle. I was super tired in the relay and lost some time on the short swim but was thankful I found something in my legs to make up the deficit on the bike. The run was super short and very fast and I didn’t have the speed. Peter anchored the team into 4th place, the best that we have done for a long while. It was no podium and it seemed that there was a bit of disappointment with the result, but everyone in the team put in 100%. Moffy and Aaron got me in a great position and I wish I could have offered more on that run! Peter did a great job to finish off.
Another great experience at Hamburg, it was a pleasure once again. Here is the link to a short recap of the race.

Thanks for reading
Posted by Unknown at 23:16