Noosa Triathlon festival, an iconic event every year for many triathletes. The amount of age group athletes that compete is unbelievable, not to mention the family and friends who come along for the fun. When I was in second place (in 2010) in my last desperate attempts to run down Caroline Steffan I was blown away by the amount of support by the crowd lining the streets! This year, I was one of those loud supporters in the stands.  I still competed in the swim leg for a team from the Gold Coast and I also had a jog in the legends triathlon! No, I don't consider myself a legend; clearly they had a couple of spare spots to fill! Surrounded by athletes including Chris McCormack, Ken Wallace,Troy Bayliss, Emma Snowsill, Ky Hurst, Steve Moneghetti, Bronte Barratt, Melissa Gorman and Susie O’Neill...I was clearly out of my depth, although I'm aspiring to become an athlete of their calibre one day. 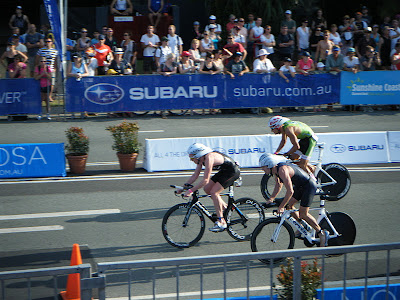 Rocket Science Sports have been supporting myself and Josh for 2011 and we took a visit to their stand at the expo. They are a relatively new company to expand into Australia but they have some really cool stuff so look out for their 2012 gear! 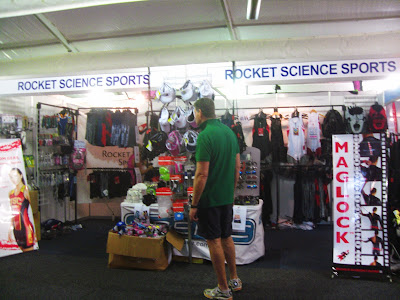 Back on the Gold Coast and content with my $45 win today in the Melbourne cup ;) I also made some chocolately cookies which my brothers have already started inhaling.
Posted by ash_0225 at 19:29